Matriarchs of Our Faith – Part IV

The following post is something I have held to my heart for a couple years now. It’s compromised of archaeology classes, Akkadian classes,  ANE classes, ancient warfare research, scribalism research, and women’s issues in the ancient world. I wish I could tell you that you could read this in a textbook. I wish I could tell you that someone has written a book on this topic. I hope that one day, I could be that person who shatters some of the lies we’ve been told in our Old Testament classes.

Everything I will *briefly* touch in this post is there in the biblical text. And once you see it, you see it everywhere. I see it in the opening of the bible when a man “leaves his father and mother and cleaves to his wife”. I see it when David passes his reign to Solomon. And I see when Mary tells Jesus to turn the water into wine. As I write this, I want to tell Christian girls, those who have struggled just like me, that you don’t have to question the faith just because you only see man, after man, after man, serving the Lord in the Bible.

The biblical patriarchy is obvious – you can’t miss it, it’s littered all over the pages of the Bible.  But it might surprise you to know that it was the women: the matriarchs, who put it there. They didn’t put a pen to paper- they did something much more influential: they created a culture that relied on remembrance to define them.  And the product of that remembrance is the Bible that sits on our shelves.

This week in Genesis we are going to cover a topic that has been touched in the last three weeks: the matriarchy. And we are going to do it by really stepping into the culture in a whole new way. And when we do, we will be able to answer this question:

Three weeks ago, when I started this series, I explained that Sarai, and her family would have practiced matriliny instead of patriliny. Then, in the past two weeks, I broke down Genesis 16 to explain the true source of the drama that is displayed between Hagar, Sarai, and Abram. And a major part of that explanation is that Sarai was trying to build her own household. It is because of this that Hagar and Sarai end up in a conflict with both women trying to assume the role of matriarch.

I believe that God has a unique plan for each of us. In January 2018, I was called to radically change many things in my life. In October of 2019, I completed an 18-month program to be a jail & prison chaplain. I also transitioned from administrative work to driving a school bus for Head Start. I am a wife and mother with 2 adult children. God encouraged me to start this blog, so I write when & what he directs me to. Please join me in this adventure.. 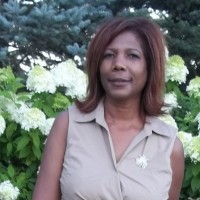 Overcoming the challenges of life

"And he shall be like a tree planted by the rivers of water, that bringeth forth his fruit in his season; his leaf also shall not wither; and whatsoever he doeth shall prosper..Psalms 1:3

My hope, that you don’t just read the words; but that you would let the Words... Press, into your heart!

Sharing the Word of Faith

Finding hope in it all.

Jesus says, I am the living bread which came down from heaven (John 6:51)

All I have needed God's hand has provided!

The scripture is an excellent source of inspiration for those times when you are down. Scriptures not only change our attitude but can help to change the attitudes of those around us.

EQUIPPING MEN AND WOMEN TO BE VICTORIOUS

Becoming the Oil and the Wine

Becoming the oil and wine in today's society

Reflections from an Open Window

It's not about me. It's about Him.

Your Place of Encouragement

GOD IS MY KING

Fresh Inspiration for a Loving Generation

Trusting the Love of Jesus Christ, One Day at a Time - Psalm 13:5 NIV, “But I trust in your unfailing love; my heart rejoices in your salvation.”

Allowing God's word to transform my life one step at a time.

Making the Word of God easy to understand...

We share the truth to sustain you a lifetime.

Focusing on the goodness God, one blog post at a time.

Contemplating Faith and the Nature of God

BY GRACE THROUGH FAITH

A ministry of the Word

Jesus is not a religion but a relationship with God

My Life in Our Father's World