I Think My Cat Needs His Own Blog!

You may think I am turning into the crazy cat lady but our cat, Mac & Cheese (Mac), has had quite the adventure over the few weeks.

To give you a frame of reference let me backtrack a bit.

We got Mac as a kitten in December 2015 to replace Shakespeare who we had loved for 16 years as he grew up with our human children. Mac and our other kitty Jasper became fast friends and spent most of their time playing, eating & sleeping together.

Fast forward to December 2017: Jasper who we had adopted as a rescue 6 or 7 years ago had finally had enough of this life and needed to be put to sleep.

For a while, Mac seemed to handle being the only non-human in the house fairly well. But then this spring, he started doing things like wanting us to be in the kitchen to “watch him eat” and he would cry for 10-15 minutes every time one of us left the house (even if everyone else was home).

So after a lot of discussion, we decided to find him a friend. Rachel & I went to a pet adoption event at our local Farm & Fleet looking for a kitten. Unfortunately, they did not have any kittens that day. We opted for another male cat named Archie who was fixed and the same age as Mac. Archie was rumored to get along well with other animals. The thing that none of us knew was that both Mac & Archie are alpha-males and the combination was volatile. So we had to return Archie to the shelter the following day.

It took Mac a few days to “forgive us” for bringing Archie “for a visit.” However, things did eventually return to what passes for normal in the Hegreberg household.

And then three nights ago we heard a loud crash in the middle of the night. We knew that Mac was somehow involved because he came thundering down the hallway and hid under our bed for about 12 hours. I was afraid to get up and see what had happened because I assumed the mess was in the kitchen and I was in no mood to be up half the night putting my cabinets back in order.

To my surprise, the kitchen was exactly as I had left it the night before. I scratched my head and tried to figure out what in the world had happened the previous night.

A little while later, as I headed to my office, coffee in hand, I discovered the source of the crash! The place where my beautiful “American Flag” quilt used to hang was now a blank wall. For those that have not been in my house, this quilt was displayed high in our two-story entryway.

Our best guess is that our champion mouser was on the prowl and thought he could get the mouse (or spider, or …) and then got his claws stuck in the quilt. In his struggle to free himself he brought the whole thing down on himself. A ceramic lantern that used to sit on top of the quilt rack was shattered all over the steps but the solid maple quilt rack and the decoupaged terra cotta flower pot, that one of the kids made for me long ago, survived the ordeal.

Finally, last night around 1AM Rachel heard the unmistakable screech of a cat that is fighting with another animal through the screen. By the time she got downstairs, the screen was broken & Mac was outside. Once I realized what was going on, Mac was throwing himself against the screen in my office trying to get back into the house. Eventually, Rachel was able to catch him and bring him inside.

I wish I could say that the story ends there, but it does not.

Rachel & I spent the next two hours or so trying to dislodge the burrs from Mac’s legs & chest. We live in town; I have no idea where the burrs came from unless they were on his opponent or lurking in some hidden part of our lawn.

If you were Mac (or Monkey as we sometimes call him), would you want your own blog?

My Life in Our Father's World

I believe that God has a unique plan for each of us. In January 2018, I was called to radically change many things in my life. In October of 2019, I completed an 18-month program to be a jail & prison chaplain. I also transitioned from administrative work to driving a school bus for Head Start. I am a wife and mother with 2 adult children. God encouraged me to start this blog, so I write when & what he directs me to. Please join me in this adventure.. 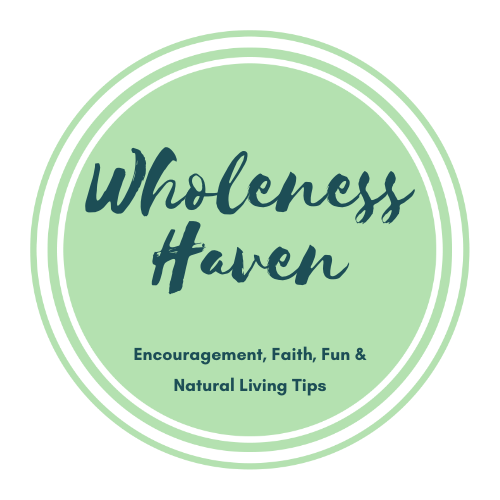 Share the devotionals from my Quiet Moments With God

Creating the Life I Love...Together

In His Service and Loving It

This is my journey.

Rising above the storm

Bridging the gap between mere existence and true life.

The Power Of Hope

Theology of a Newfoundland Housewife

Navigating the World from a Christian Perspective

Reviews, News, and Behind the Scenes of Everything Movie

from a spark to a flame

fan into flame the gift of faith

Finding hope in it all.

Cynthia's War Room
And So She Sang

Her mouth speaks from that which fills her heart. Luke 6:45

Poetry and short stories. With few daily quotes here and there!

encouragement to live our best lives

I'm Patty, and my husband and I are living with our adult son who has autism and epilepsy. I love sharing lessons learned from life around me, especially life with Aaron.

A Reasonable Guide To Hope And Purpose

Called by Jesus to journey here with good news.

Overcoming the challenges of life

"And he shall be like a tree planted by the rivers of water, that bringeth forth his fruit in his season; his leaf also shall not wither; and whatsoever he doeth shall prosper..Psalms 1:3

My hope, that you don’t just read the words; but that you would let the Words... Press, into your heart!

Sharing the Word of Faith

All I have needed God's hand has provided!

The scripture is an excellent source of inspiration for those times when you are down. Scriptures not only change our attitude but can help to change the attitudes of those around us.

EQUIPPING MEN AND WOMEN TO BE VICTORIOUS

Becoming the Oil and the Wine

Becoming the oil and wine in today's society

Reflections from an Open Window

It's not about me. It's about Him.

Your Place of Encouragement